The Transition to Electric Vehicles

I’ve been low key a bit surprised with the pace of the shift in business model / marketing from all the big auto makers to start pushing electric vehicles over the last year. It seems we have definitely hit a critical mass, of sorts, with the proposed “transition” (at least in terms of whether there is going to be a concerted effort to make one or not), so much so that the current rate limiting factor of the transition itself is likely not so much demand, but at times production of key components (in this case, lithium ion battery cells…but also microprocessors). 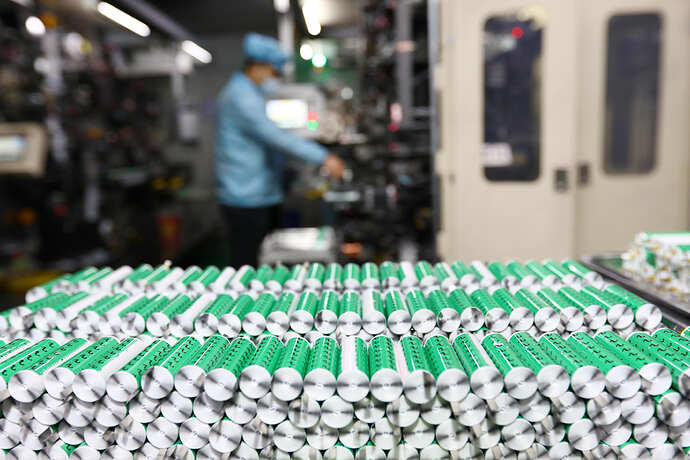 The U.S. is facing a lithium-ion battery shortage as electric vehicle...

U.S. automakers are finally making big commitments to go electric, but in the short term, there may not be enough lithium-ion batteries to go around.

Tesla's (TSLA) demand is through the roof, already sold out this quarter

Tesla (TSLA) is currently seeing exceptionally strong demand for its vehicles as it is already sold out for the quarter, according to sources familiar with the matter. During Tesla’s Q1 2021 earnings conference call, CEO Elon Musk commented on strong...

Honestly, I expected a much slower organic transition (much to the world’s detriment, mind you…).

Clearly, we are still a long way off from everyone (or most people) from owning an EV…but it does seem like the major manufacturer’s are definitely investing and in fact pushing EVs to people, and that costs will continue to come down even faster as a result…which is good.

That said, what was everyone else’s priors on the transition and it’s pace…and the positioning of the big automakers?

Obviously, it’s an opportunity for all of them to sell more cars (or more expensive cars, especially at a higher price, right now at least) to a subset of people buying vehicles in the $35K and above range…) but cheaper vehicles are coming and the lowered cost of ownership once there is real…

Personally, I’m curious to see what happens with Ford’s electric F150 and the Cybertruck…as that will tell me a lot about what adoption will look like in that market…especially in the US.

Another inflection point for EVs will be orders to buy entire fleets, as the post office, Amazon, UPS, FedEx, and shipping and moving companies replace their aging stock of vehicles.

This is already underway,…with Amazon and Pepsi and others. I think UPS and FedEx are still a bit behind the ball (a lot of the UPS and FexEx trucks transitioned to CNG a few years back, and I imagine that recent investment is part of the reason that Amazon, who’s fleet is much smaller and still relatively new / being built out, is making the jump sooner. 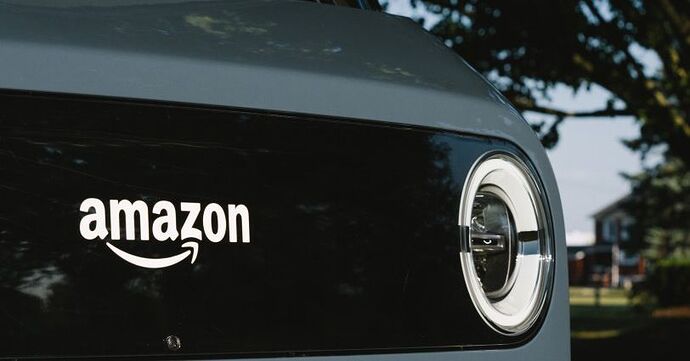 The company didn’t reveal any specifications about the van, such as range or battery size. 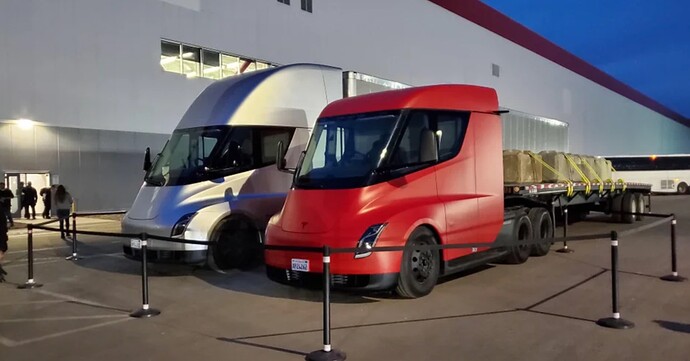 PepsiCo says that it is expecting 15 Tesla Semi electric trucks by the end of the year, giving us better insights into Tesla’s plan to produce and deliver the electric truck. The Tesla Semi program has been delayed several times, but it looks like...

Once again, the limiting factor here doesn’t seem to be demand, but lithium ion cell production…there aren’t enough lithium ion cells for Tesla to fill a Tesla Semi and still fill orders of Model Ys and Model 3s…and they make more money per cell putting those cells in Model Y and Model 3s and selling them…the new 6380 cells, which are starting to be produced in places like Berlin and will be produced in Texas, are supposed to address this…

The USPS vehicle upgrades are in limbo because, thanks to Trump, they were kinda pushed through without support for transitioning them to battery power…which a lot of people are suggesting they should wait and restructure their announcement…obviously, the whole Postal Board situation is still a shit show with no real timeline about when it will get turned around.

Only 10 percent of the new trucks from chosen contractor Oshkosh Defense are planned to be EVs. Congressional reps want to freeze the contract pending further study.

Yes, the fleets upgrade is already underway. And the lithium battery bottleneck may soon be overcome by new formulations; some report that magnesium batteries hold promise.