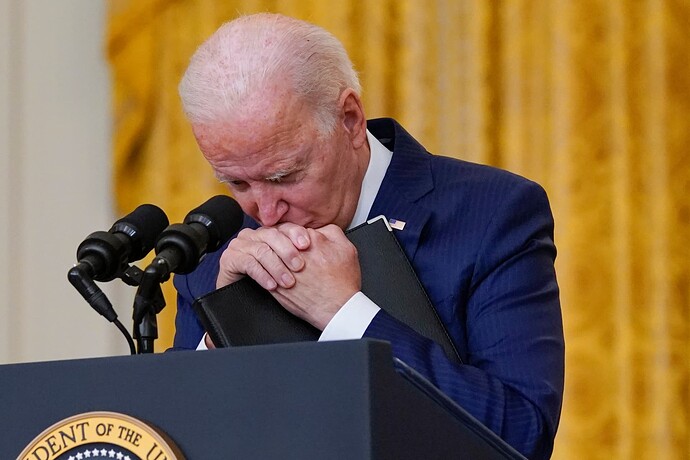 President Biden is set to deliver remarks to the American people Tuesday afternoon on his decision to end the two-decade war in Afghanistan, and is expected to make clear his intention to approach foreign policy in ways that will “keep the American people safe.”

The president is set to address the nation Tuesday afternoon at 2:45 p.m., just a day after the full U.S. military withdrawal from Afghanistan after a 20-year presence in the region.

White House press secretary Jen Psaki, previewing the president’s remarks, said he will “express his thanks to the commanders and service members who executed a dangerous mission in Kabul and airlifted more than 124,000 people to safety.”

Psaki said the president is also expected to “offer thanks to the veterans volunteers who supported this effort.”

“He will lay out his decision to end the war in Afghanistan after 20 years, including the tough decisions he made over the last seven months since he took office to bring the war to a close,” Psaki said.

“He will make clear that as President, he will approach our foreign policy through the prism of what is in our national interests, including how best to continue to keep the American people safe.”

U.S. troops were withdrawn from Afghanistan Monday afternoon, in line with Biden’s deadline of Aug. 31, following a two-week mission to evacuate Americans and Afghan allies from the country after the government collapsed and the Taliban took over.

At this point, however, more than 100 Americans remain in Afghanistan. White House National Security Adviser Jake Sullivan said the Biden Administration will continue its effort to evacuate those Americans remaining in the country, saying the mission has now “shifted from a military mission to a diplomatic mission.”

Marine Corps Gen. Kenneth F. McKenzie Jr. announced Monday evening that the last of the U.S. troops stationed at the Kabul airport had left, completing the military’s drawdown in the country, even though hundreds of Americans likely remain.

McKenzie, commander of U.S. Central Command, said some American citizens who wanted to leave Afghanistan remained in the country.

“We did not get everybody out that we wanted to get out,” he said.

Sullivan, during an appearance on ABC’s “Good Morning America” Tuesday morning, was asked about the remaining Americans in Afghanistan—individuals, he said, the Biden Administration is committed to “getting out.”

“We continue our mission to get them out. It’s just that it has shifted from a military mission to a diplomatic mission,” Sullivan said, adding that the U.S. has “considerable leverage over the Taliban to ensure that any remaining American citizen will be able to get out.”

Sullivan, though, said that the administration is “committed to getting out and we will work through every available diplomatic means with the enormous leverage that we have and that the international community has to make that happen.”

Meanwhile, the State Department signed a statement with nearly 100 countries, as well as NATO and the European Union, saying that they had received “assurances” from the Taliban that people with travel documents will still be able to leave Afghanistan.

The Taliban has said they will allow normal travel after the U.S. withdrawal is completed on Tuesday and they assume control of the airport. 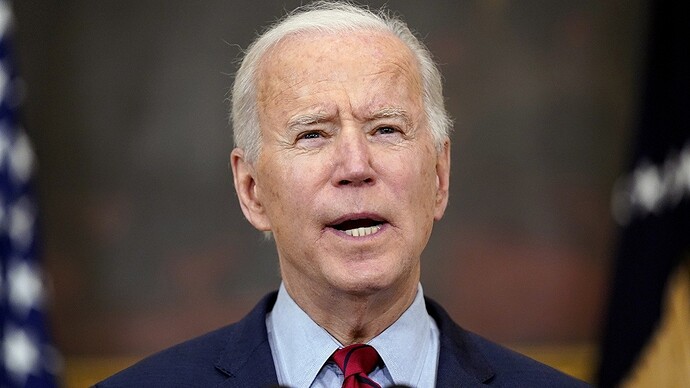 Biden to address nation on Afghanistan, 'make clear' his foreign policy will...

President Biden is set to deliver remarks to the American people Tuesday afternoon on his decision to end the two-decade war in Afghanistan, and is expected to make clear his intention to approach foreign policy in ways that will “keep the American...

We are so much safer now with tens of thousands of unchecked “refugees” being airlifted into the US while leaving hundreds (if not thousands) of American citizens stranded in Afghanistan.

Biden is a disgrace to everything this country stands for but he perfectly represents the handful of people that actually voted for him.

he perfectly represents the handful of people that actually voted for him.

Remember this…if voting for Trump meant that you were complicit in an insurrection then voting for Biden means you are complicit in bombing children, leaving Americans behind, and getting soldiers killed…gotta be consistent

This is all bullshit. He was Vive President for 8 years and spent decades in the Senate. He could have worked to end Afghanistan, but didn’t. Now this botched withdrawal just makes America look weak and in no way makes us any safer. In fact, there is plenty of evidence out there that this disaster has put America in more danger than at any point in our country’s history.